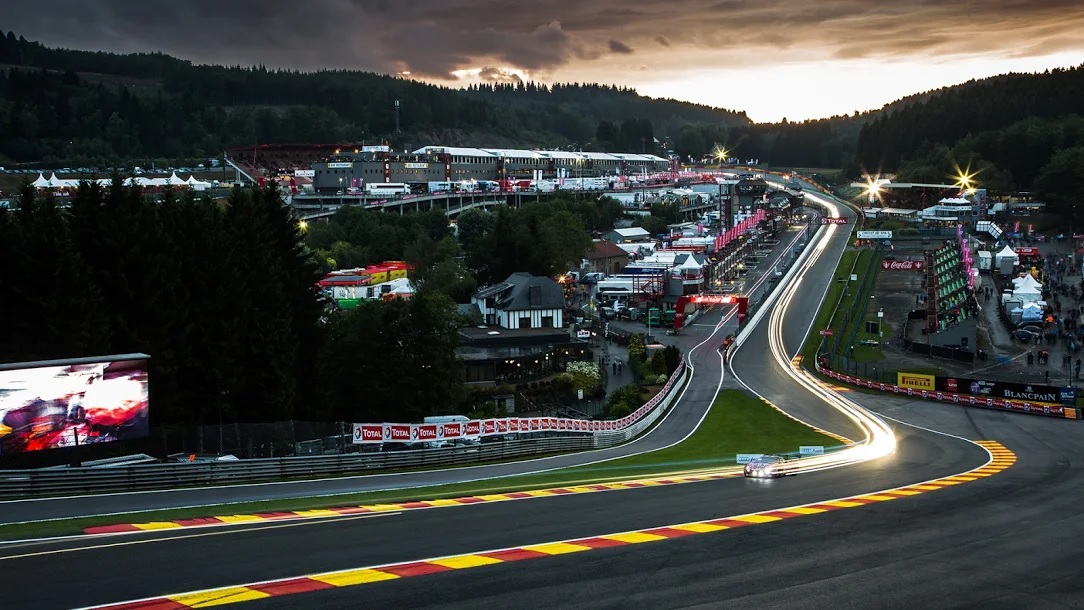 2018 was a year to remember for us as we were accredited to all 4 Events we wanted to attend. Including second largest Championchip of the World the WEC. 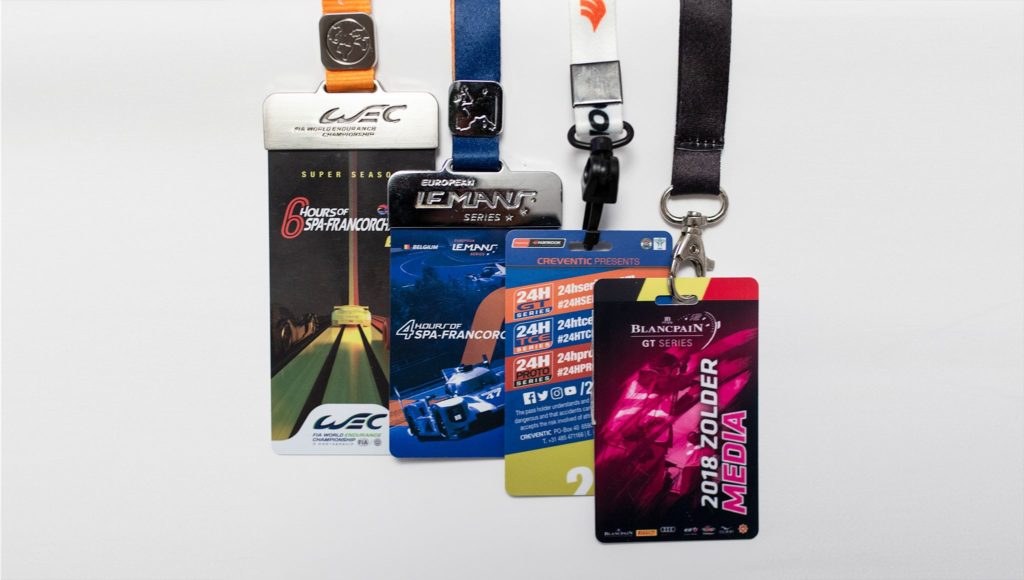 The year already started with a big one with our visit to the Blancpain GT Series Sprint Cup first Round in Zolder in Belgium. A great Weekend with so much action in all of the Races we saw. 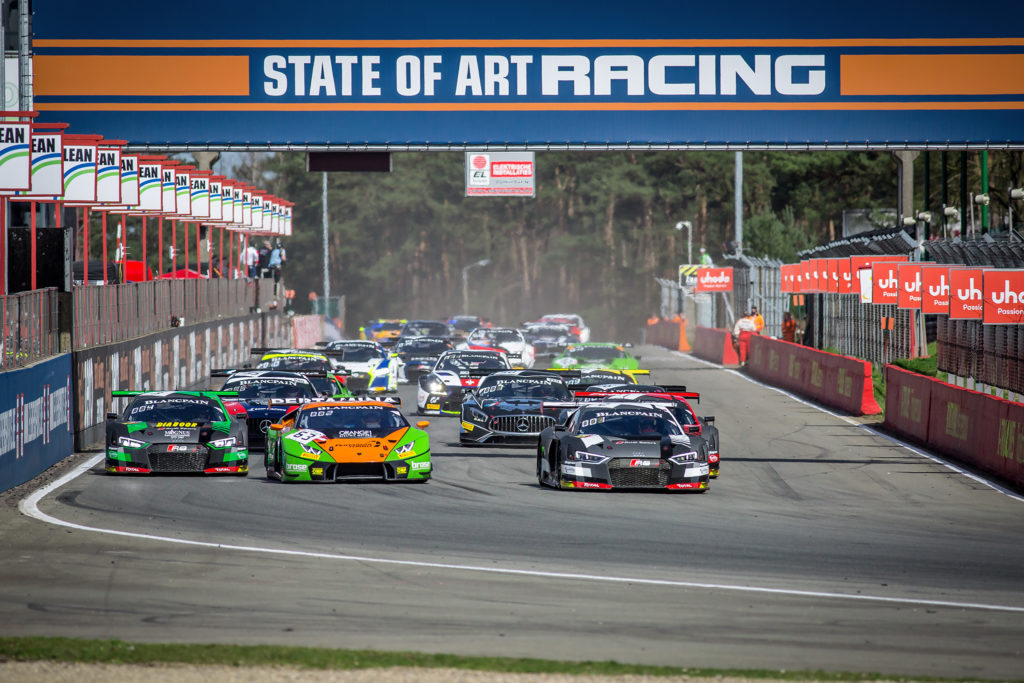 The first practise of our year was held very early in the morning and the sun gave us a great lightset in Turn 1, a third gear corner. Following this we went to the first of three chicanes on the twisty Zolder layout. The left right chicane is a very quick one driving with third gear.

A low perspective provided some nice pics but with Patrick Pleiss, the photographer, in danger because little stones that the cars carried out of the gravel trap hit him occasionally. Luckily nothing happened to him or the camera. 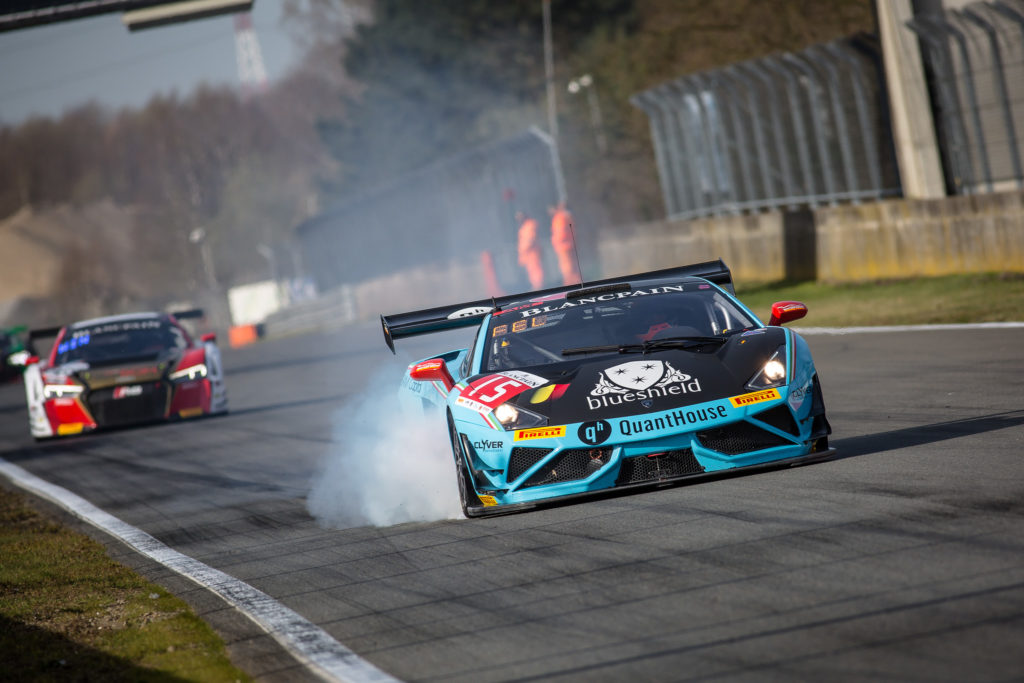 As I said both GT4 and GT3 races were extroardinary good and action packed with GRT Grasser winning Race 1 for in a Lamborghini and Attemto Racing winning Race 2 in an Audi.

Just 1 month after Zolder we got Pressacces for the WEC 6H Race of Spa-Francorchamps. The event my brother and I traditionally visit since 2009 again was held on Friday with Practice and Qualifing and the Race on Saturday.

Friday we went to the how we call it ‘outside’ of Piff Paff and Campus Corner. This is a really rare used spot so a great opportunity for some equal rare pics. 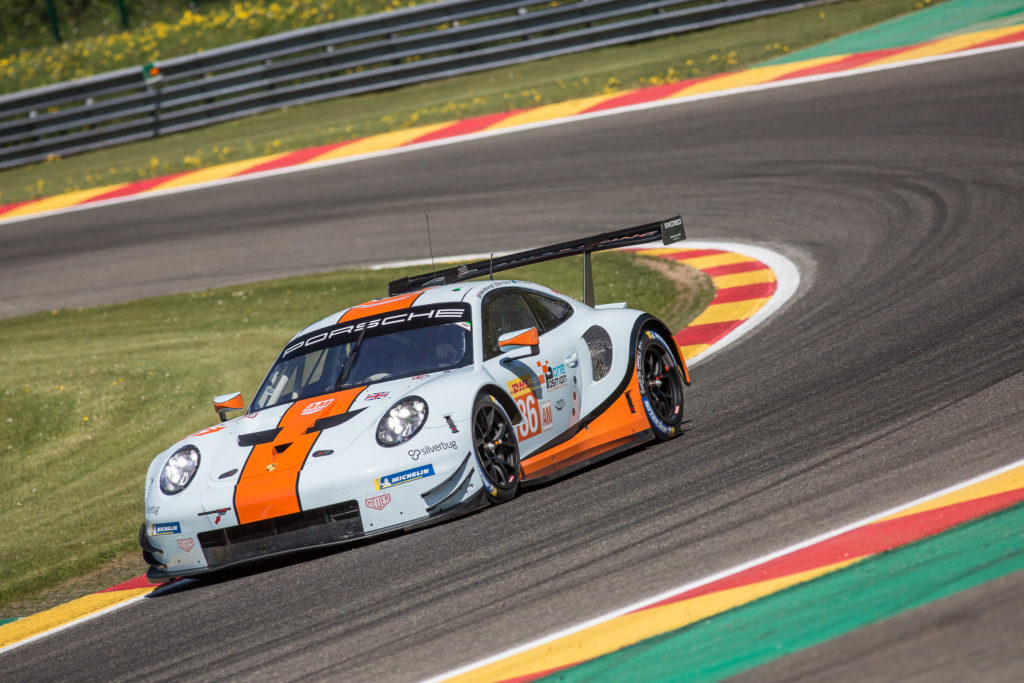 On Race day we saw a huge crowd attend to see this multi class and action packed Race and also Fernando Alonsos debut in the WEC with Toyota. With his car starting the Race from Pole due to an incident with the original Pole sitter the sister Toyota. Behind the Toyota of Alonso the new Rebellions qualified as the best privateer in front of SMP and ByKolles. The Dragonspeed entered Dallara was not able to take the Start because of a huge crash in Eau Rouge/Radillion. 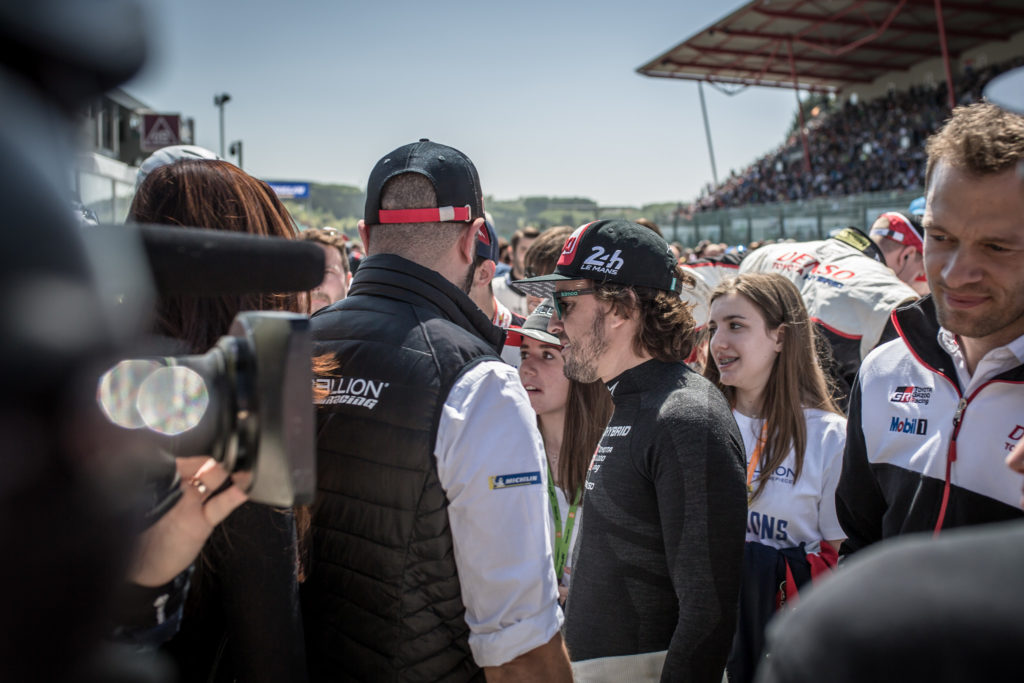 It was a fantastic Race with sunshine all over the day and action in every class. In LMP1 maybe not for the Lead but the charging Toyota which was starting out of the pits with 2 laps of gap between him and the other competitors showed a phenomenal Race. The GTE Pro battle for the Podium spots were not over until the final minutes as well as the GTE AM battle for the Lead between the two Aston Martins. 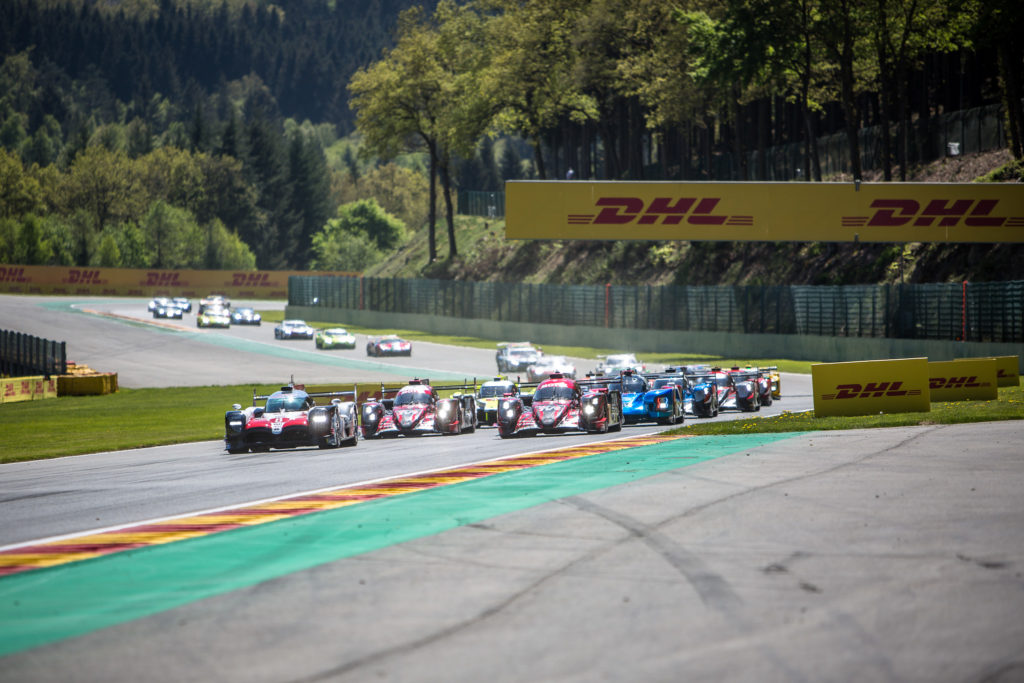 After the WEC we had a long break for several reasons and our next stop was the 4H ELMS Race at Spa-Francorchamps. The weather forecast for the weekend was not really nice with a fully rainy race day and occasional rain on Saturday. This weather is of course great for some epic pics but I think nobody likes it to stand in the rain and risking damage to the equipment. Nevertheless this not stopped Patrick from taking pictures. 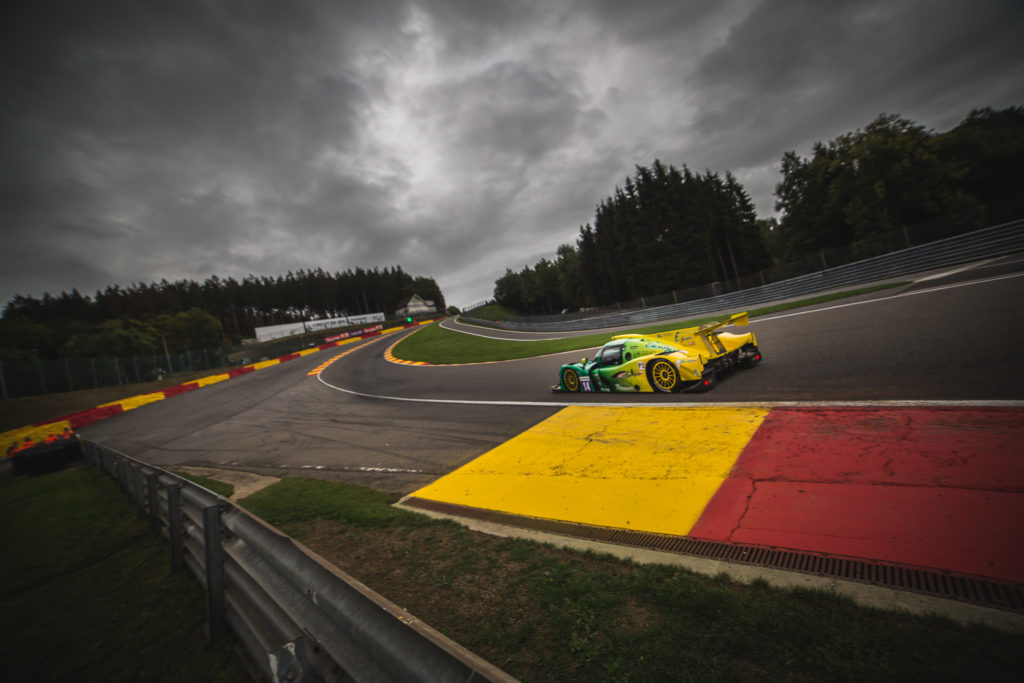 The Michelin Le Mans Cup also was present at this weekend and held a very fun to watch 2H Race on Saturday evening. The Track was a bit wet at the start but the rain came right after the first minutes of the Race. The rain was a strange mix between drizzle and normal rain. As the first shower past the us and the track again began to slightly get dry the next shower came. 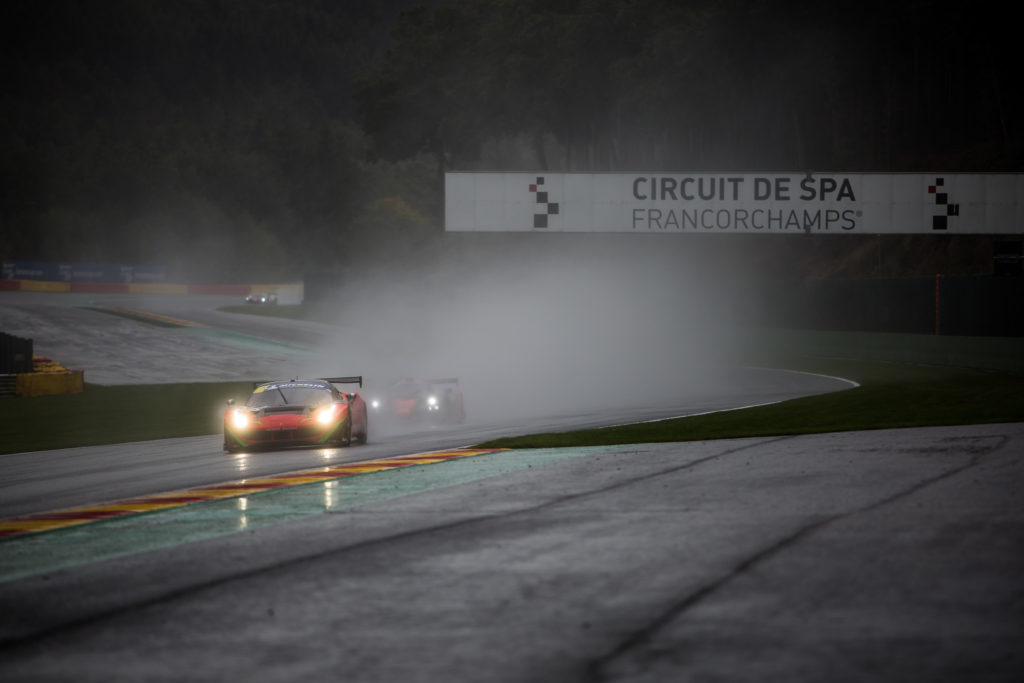 It was very nice battle in LMP3 for several Positions and we also have to say congratulations to the DKR Engineering Team who secured the Title in Spa-Francorchamps.

As we woke up the next morning we saw it rained the whole night and the ELMS Race will begin 2 hours earlier due to a big storm coming up in the afternoon. But the track was already so wet that the field had to start behind the Safety Car. You really could see how wet it was as Patrick made a slow motion video. Every car had problems to find the Grip because it was this wet.

The end of the Story was that the Race had to be stopped after two hours and could not be restarted because of the upcoming storm. 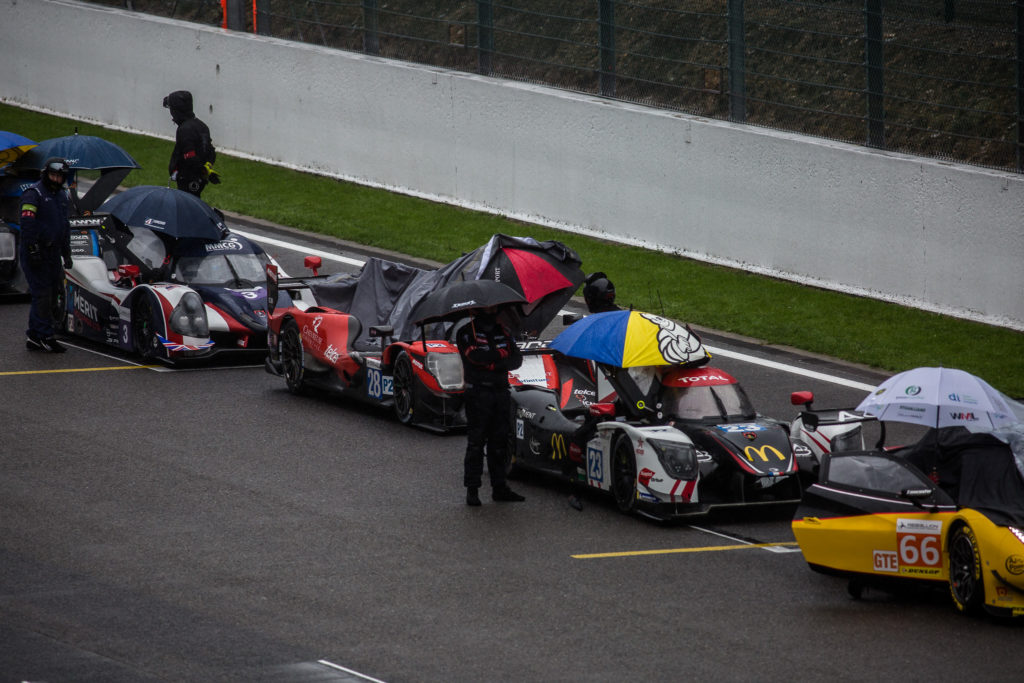 This was something we never witnessed in 9 years of visiting Racing. On our way back home the storm hit us and it was really heavy so much rain and wind. We saw 3 crashes on the Motorway home and the German police had to slow down everyone on the Motorway because of a major puddle which covered all three lanes.

The last Race of our year brought us to Spa again. The Hankook 24H Series hold a 12H Race in the Ardennes. A weekend where we were allowed to be in the pit lane and basically everywhere we want to go. I never was so close to a driving Race car. The Race on Saturday was super chaotic with lots of code 60 phases and incidents.

We again went round the track like we do it every time we are in Spa. The funny thing about this is we saw none of those incidents through the whole Race. 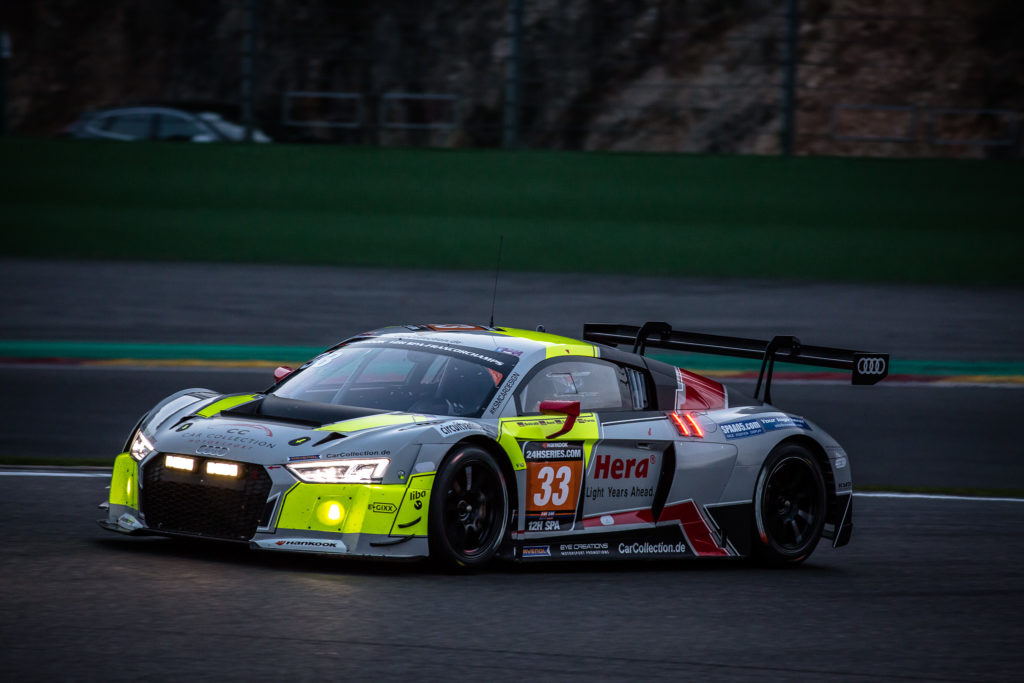 The Race ended in the dark and close to the end of the Race a Audi RS3 LMS from the TCR Class hit the barriers hard the had to be repaired and the took tires instead of a normal barrier because the repairs would be too long. 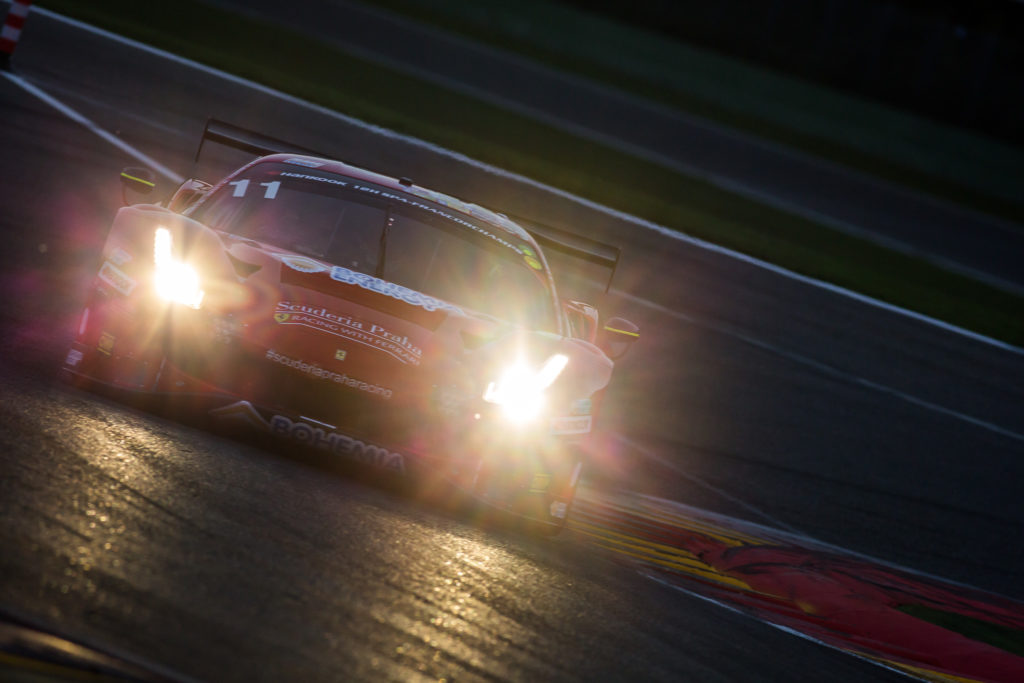 In the end we stood by the winning Scuderia Praha Ferrari GT3 Team they made a fantastic job and won with two laps to P2. As well as the big GT3 Teams there were also lots of very small teams it was cool to see how gutted they were because they finished this hard race even without a spot in the top positions. 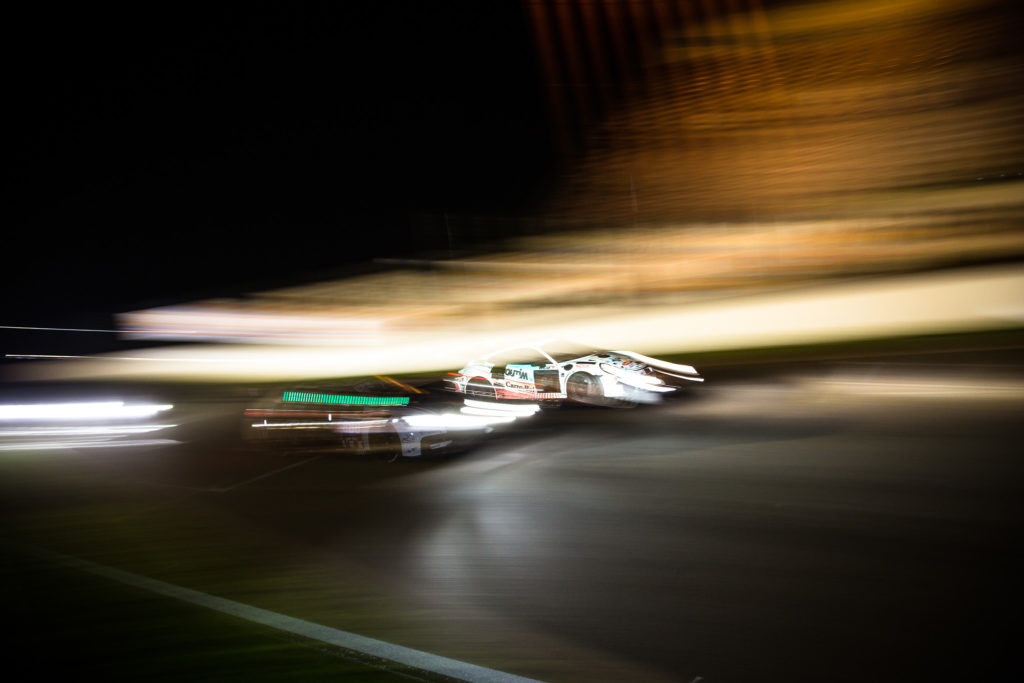 So the end of the Story is that we had such a great year with press access to every race and so much great racing we saw and discovered a new track to visit in real (Zolder). I hope the momentum will be also there in 2019 there we will attack again!
Few Stories are to come this year but for now we sign off and hoping for a great rest 2018 and an even better 2019. 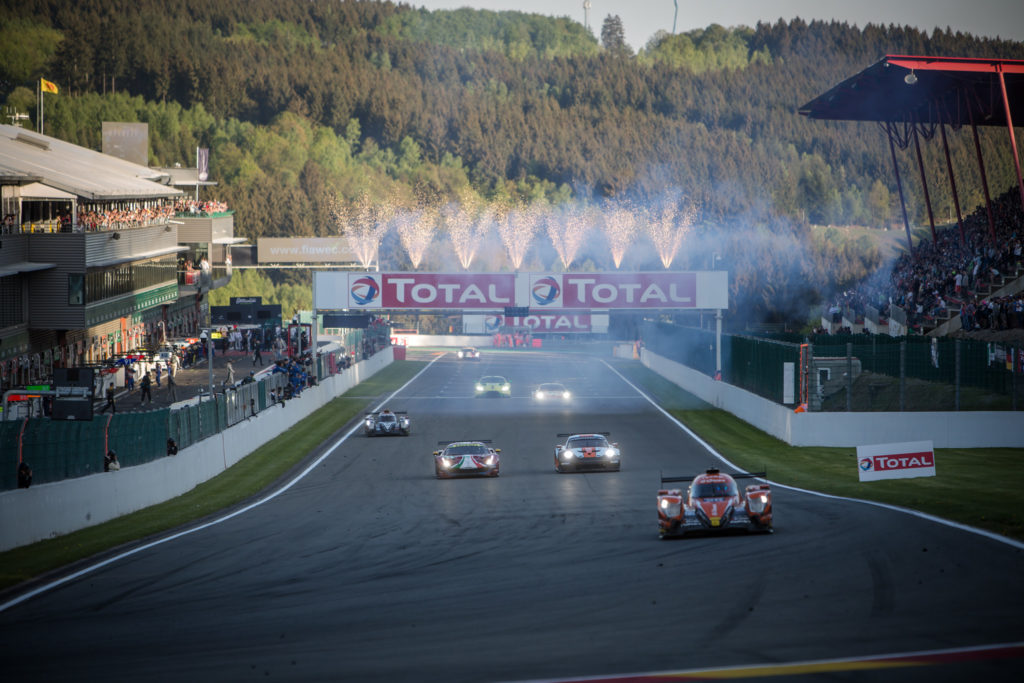