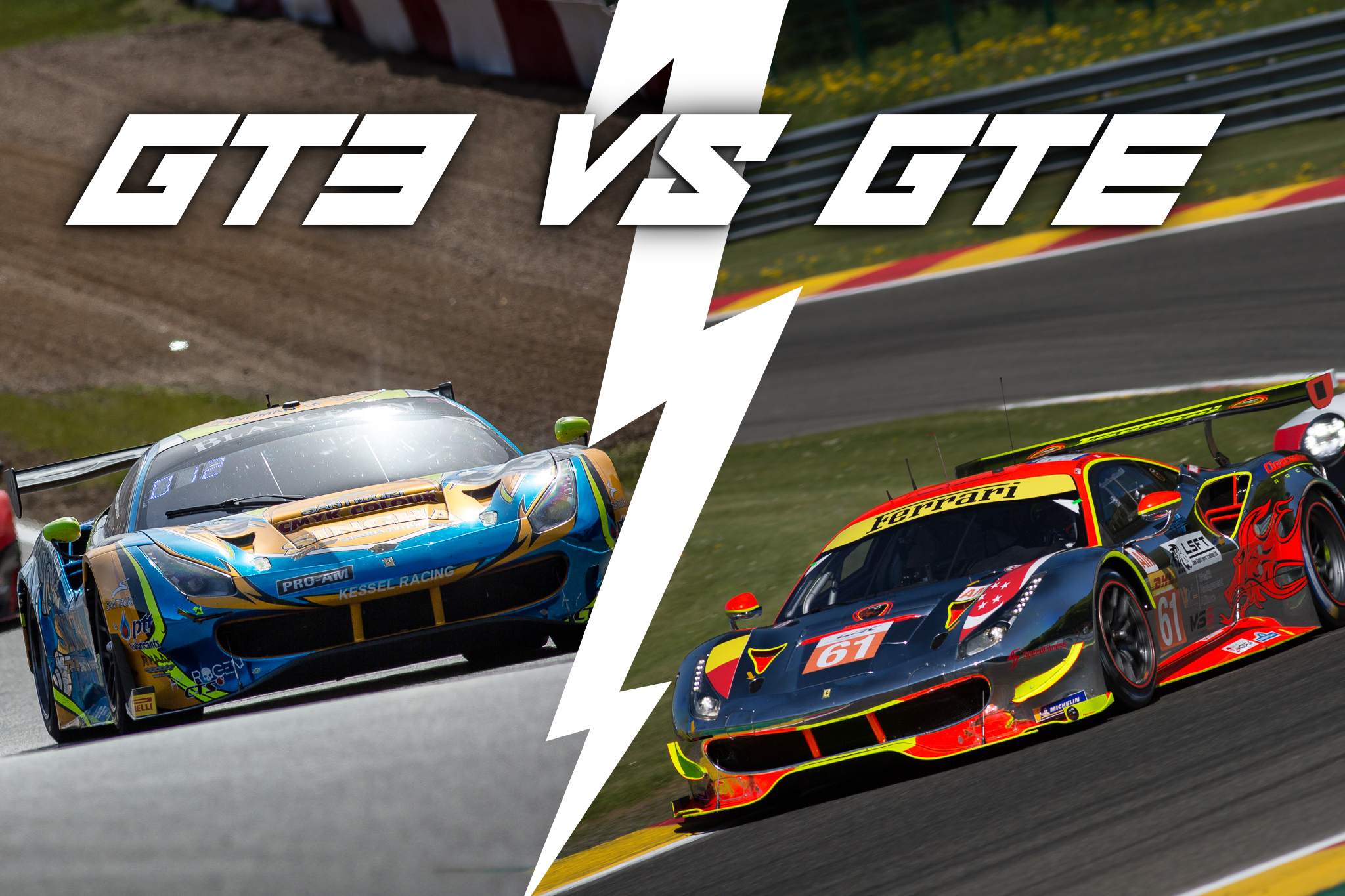 GTE and GT3, where is the difference?

GTE and GT3, where is the difference? 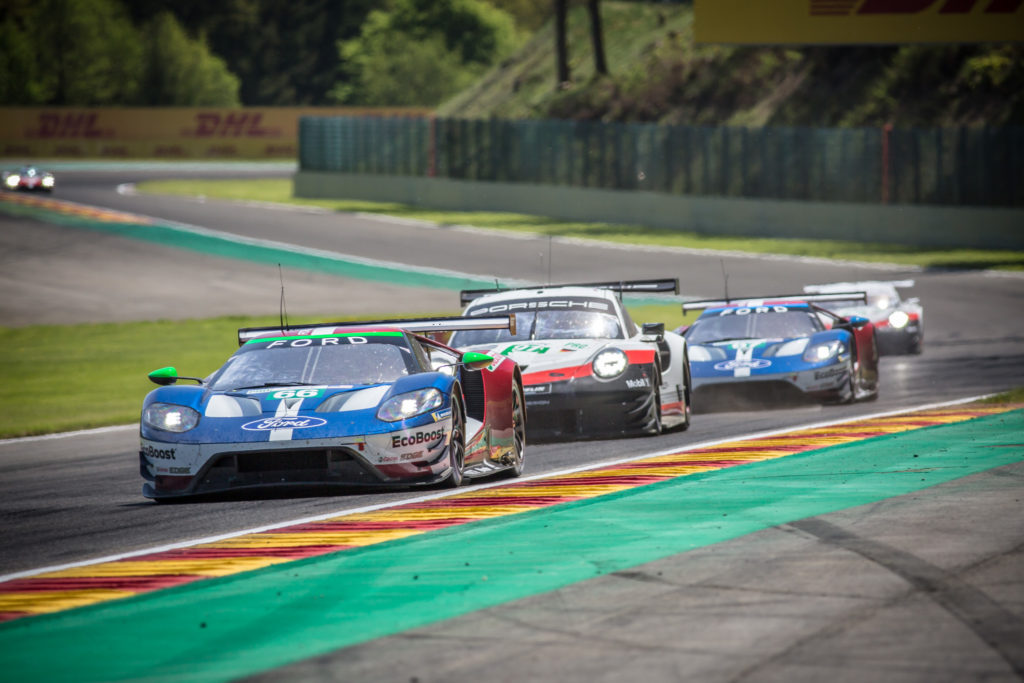 Several times I have heard the question: ‘’Where is the difference between GTE and GT3 cars?’’ This is a really common question and also a good one. Because if you compare for example the Ferrari 488 GTE and his GT3 brother you almost see no differences. So where does a 6 second advantage over one lap in Spa-Francorchamps come from. 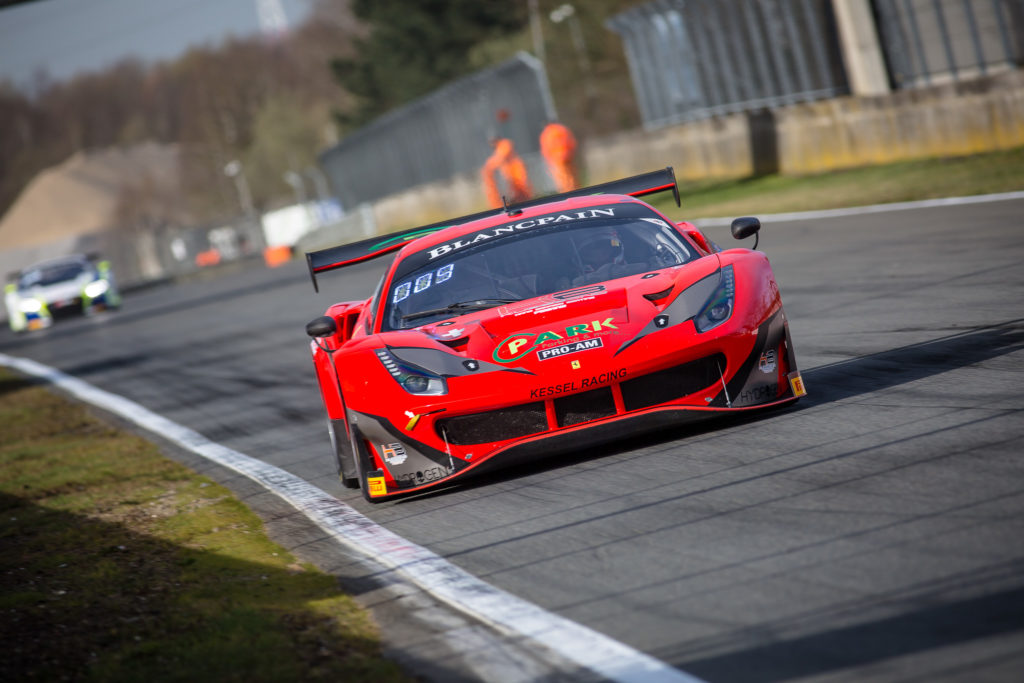 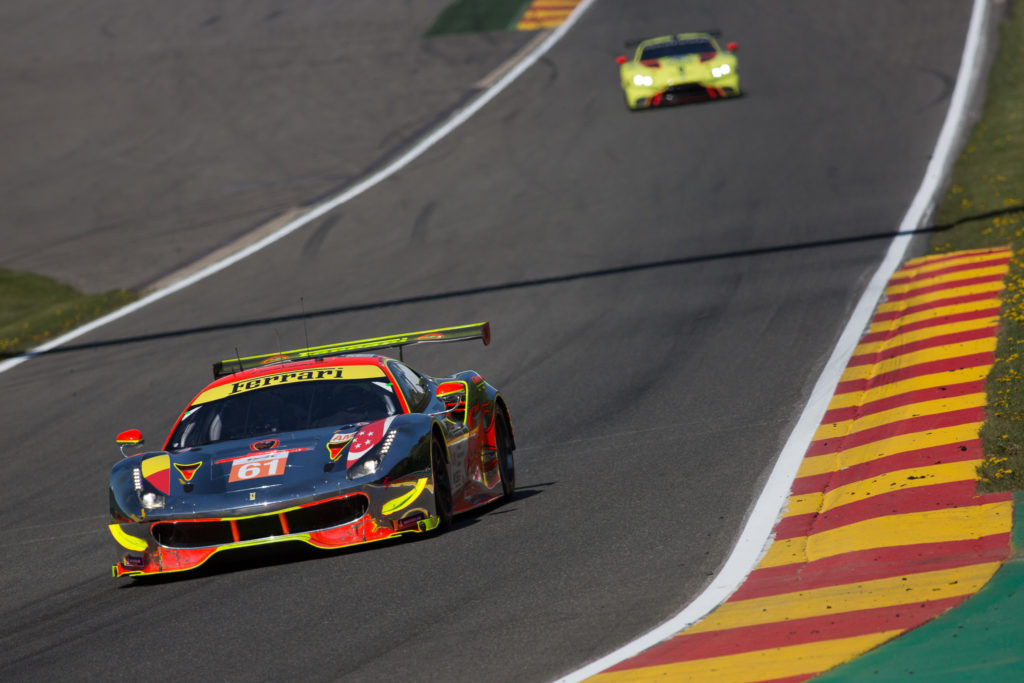 The Ford GT from the Chip Ganassi Racing Team drove a 2:12,420 in the 2018 Season opener in Spa-Francorchamps and the fastest time during the Total 24H of Spa-Francorchamps was set by the Audi R8 LMS of WRT and it clocked a 2:18,578 during Super Pole shootout. 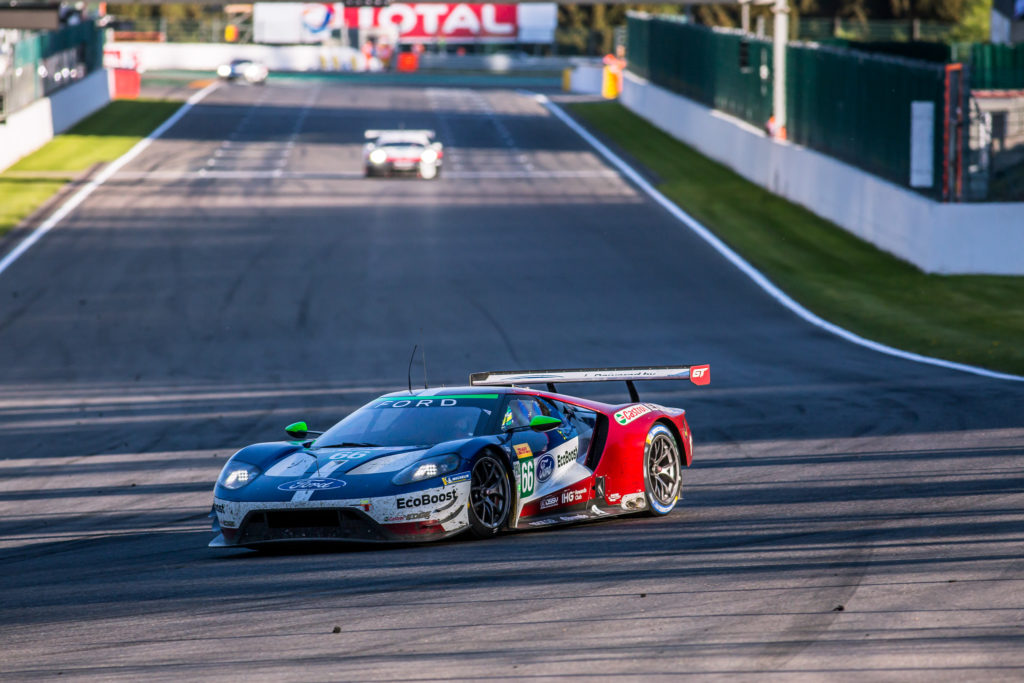 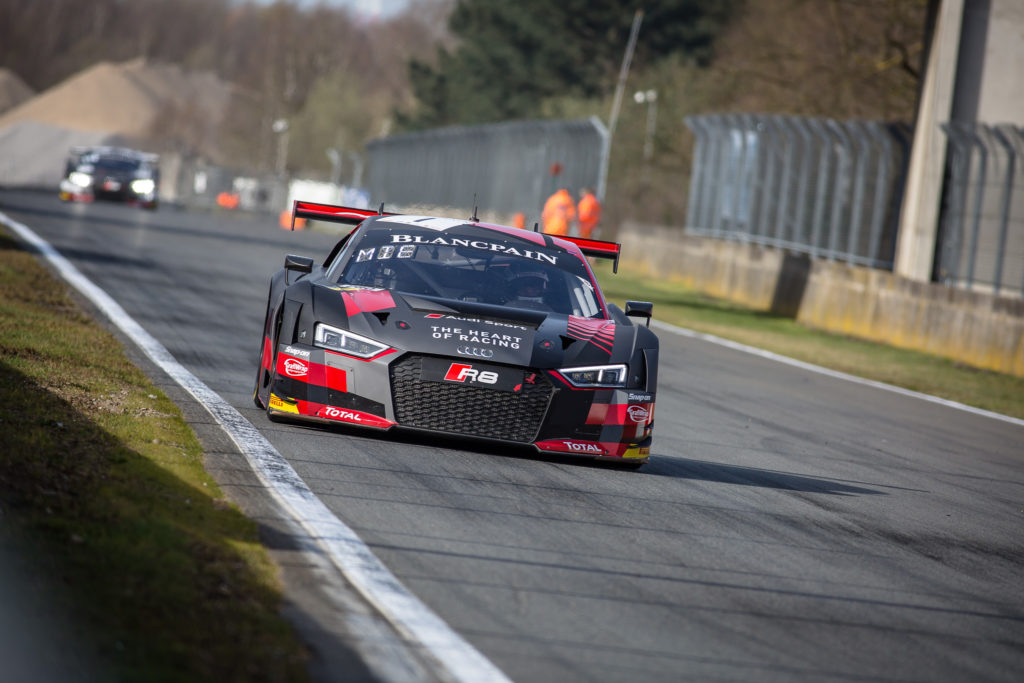 But where is the GTE so much faster?

If we compare the latest specs from Porsche’s GT3 and GTE car the GTE car has 10 BHP more than the GT3 version. That can’t be everything right? No, of course not. The GTE runner is also 4,6cm more wide than it’s GT3 brother. But the GT3 car is without BoP (Balance of Performance) 23kg lighter. Back to the GTE, a factor that should not be underestimated are the Tires. The rear wheel have the same tire width as those used in GT3 but the Tires on the front of the car are 2,9cm wider, that means more grip at the front of the car and that again means more cornering speed. 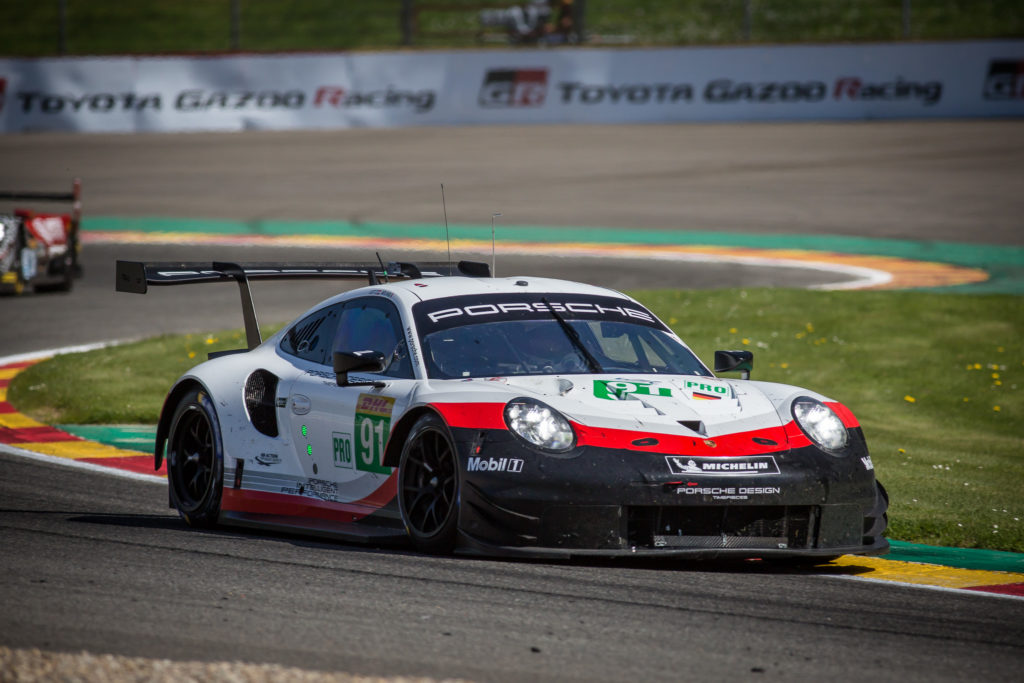 Lets now talk about Aerodynamics! This is the part the GTE’s also are unbeatable by the GT3 machines. Due to the engine mounted as a mid-engine against the rear mounted engine in the GT3 car the Porsche 911 RSR is able to run a much bigger rear Diffuser like it’s GTE competitors with front and mid-engine cars. Another difference we can see on the rear wing. While the RSR’s wing is mounted with two rods on top of the wing plate which give the car a more clean air flow under the wing the GT3 car has the conventional mount beneath the wing. 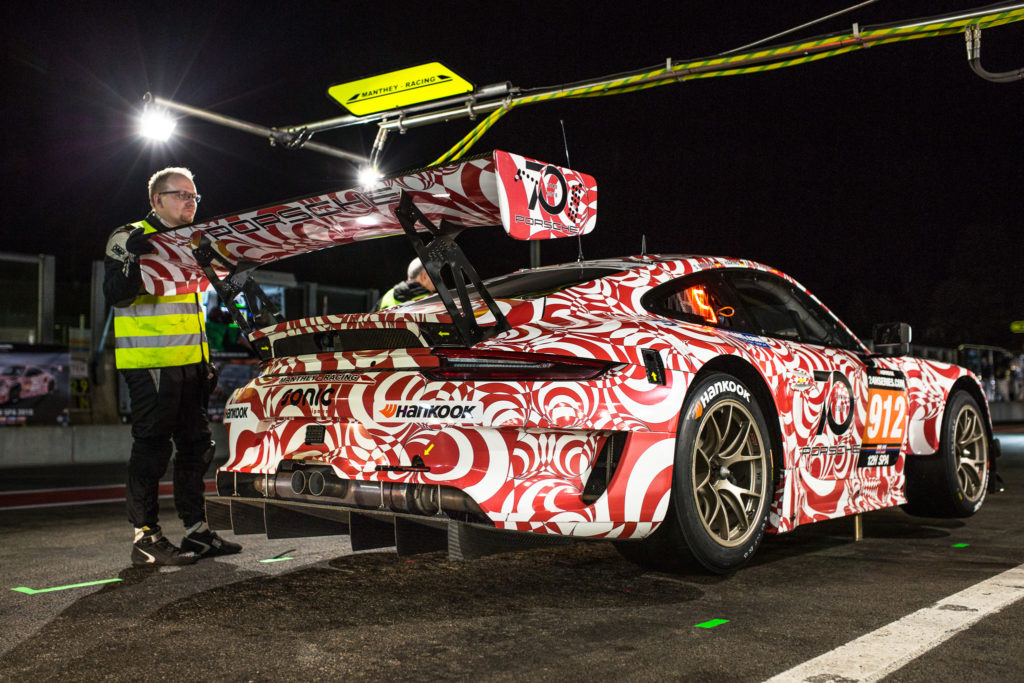 But what if we compare two cars where it is not so easy to spot the differences?
Lets do this with the GTE and GT3 competitor from Ferrari, the Ferrari 488. 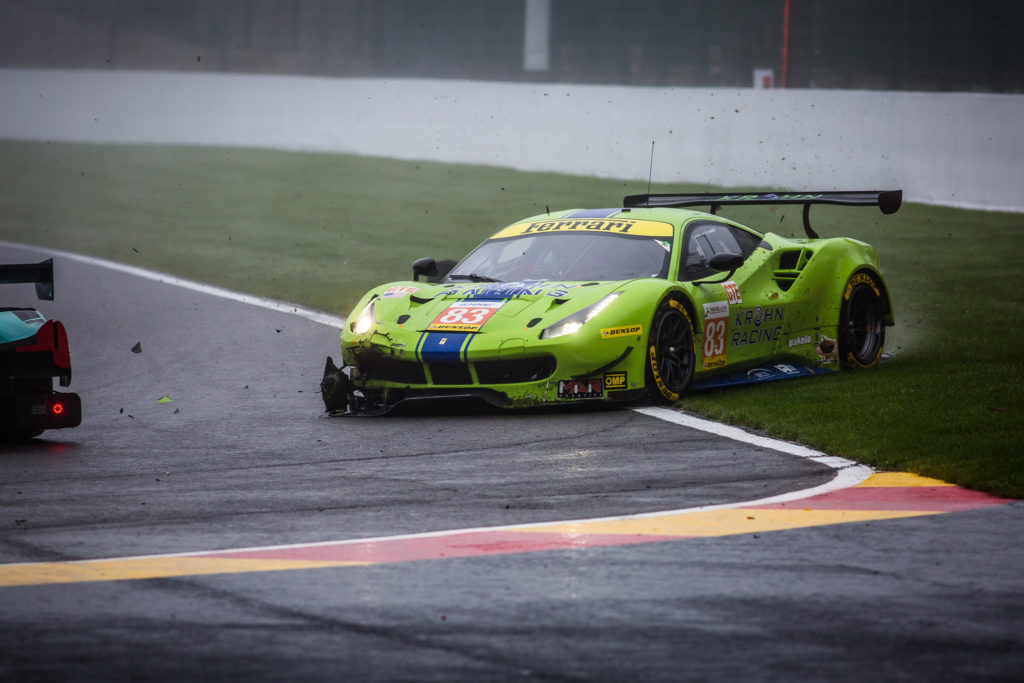 The outward appearance is almost the same. Just little differences on the front of the car. The hole in the middle that feeds the floor from the car with air is a bit smaller on the GTE but the GTE has one dive plane on each side and the GT3 not. 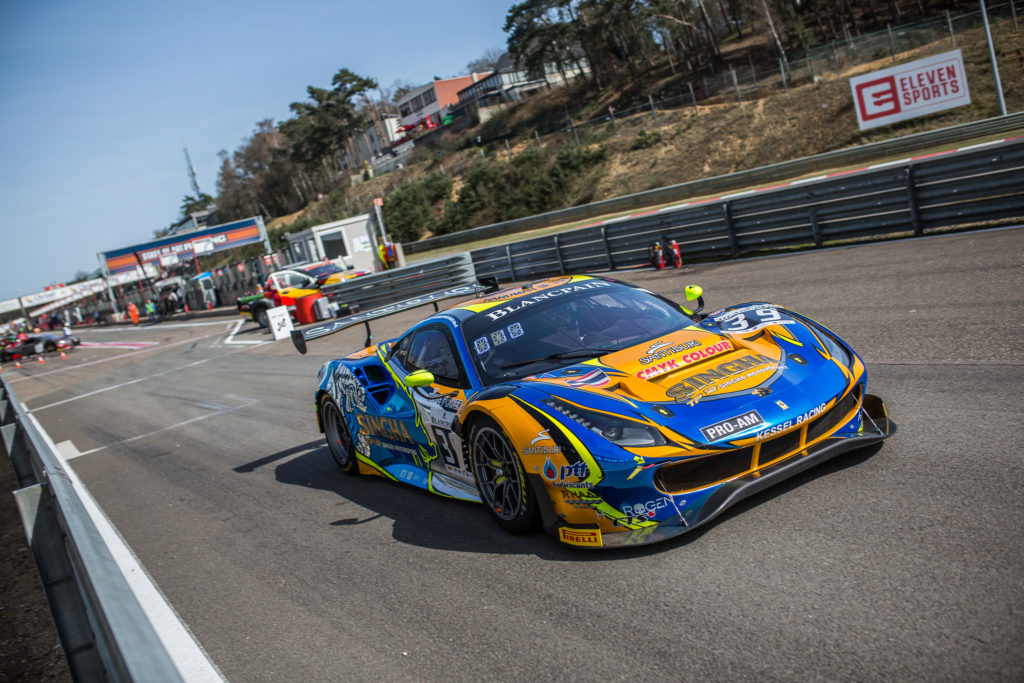 Also the technical dates from the Ferrari are equal to those from the Porsche also the tires are the same so that is the more hidden point where the car is faster. But the Porsche’s are so different there ha to be more what is dividing the Ferrari GTE from the GT3 car.

Another point is that GT3 cars have to use more stock parts due to the rules than the GTE cars have to. Also the suspension gives the driver more of a direct feedback and the drivers have more feeling while driving a GTE.