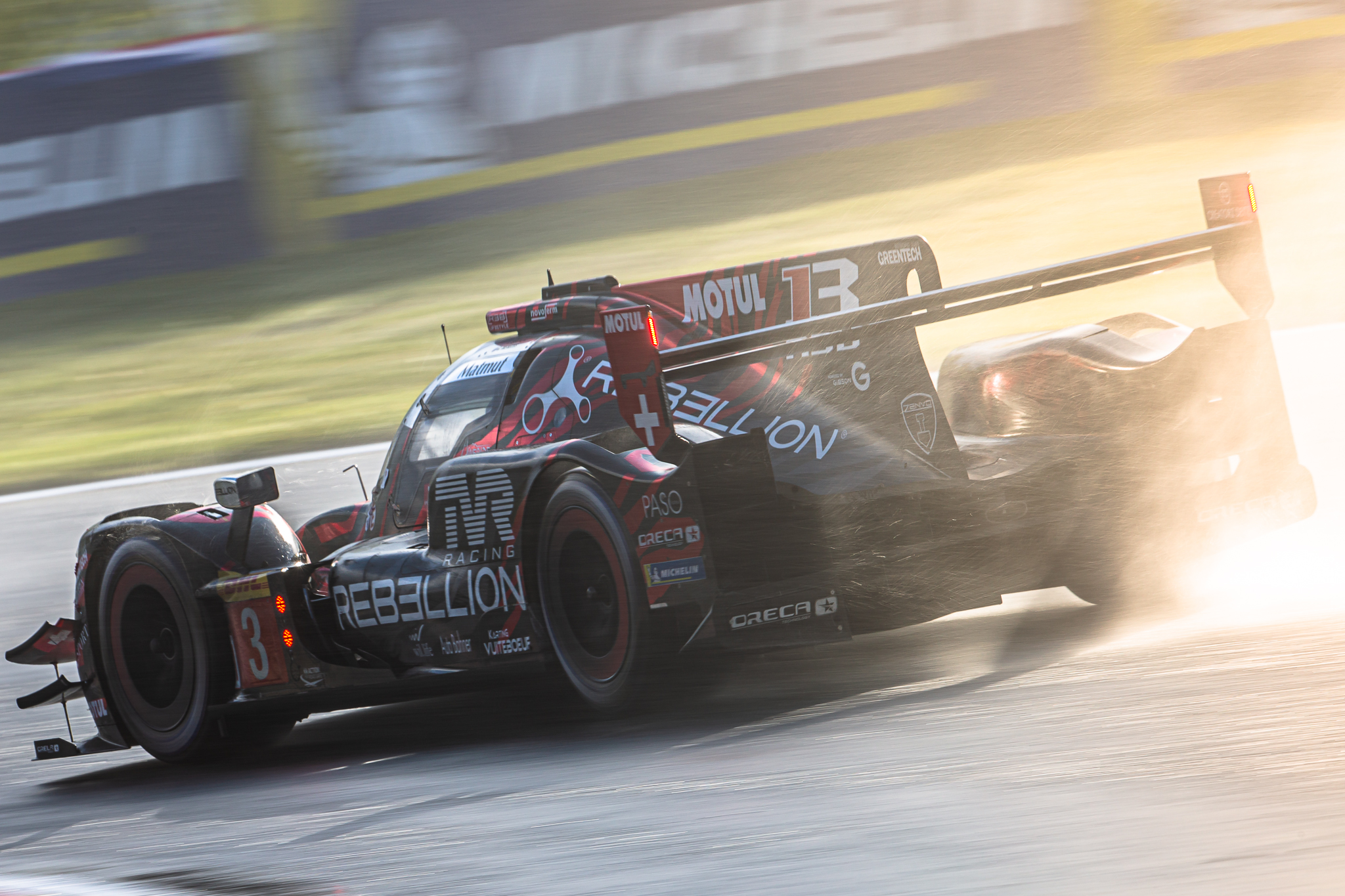 Better late than never, here is our year review from 2019. First of all we hope you had a great start to 2020 and it hopefully will be a great year.

So for our Team it was a good year we managed to attend some very good races and also visited Zandvoort for the first time during the GT World Challenge Europe event in July.

To start of our year, almoast like every year, we headed to Spa-Francorchamps for the penultimate round of the WEC. This years Race should become one of the most unusual and unpredictable we ever experienced. That being said we also witnessed a power failure during the 2010 Le Mans Series Race in Spa. Traditionally the Race is on Saturday what means Practice and Qualifying is on Friday what makes it a bit difficult to catch all of the action. Friday already was pretty cold for the start of May but nothing to big to worry about at first.

In GTE-Am the #90 TF Sport Aston Martin clinched Pole by 0,110 over the Dempsey-Proton Competition #88 Porsche. In GTE-Pro it was even closer. Ford GT #67 drove to Pole beating the Aston Martin #97 by only 0,067. Don’t forget two drivers have to set a time during the Session and the average is the time that determines the spot on the Grid for that car.

LMP2 saw three Dunlop running cars setting the fastest times with G-Drive on Pole and mighty #38 fro Jacky Chan DC Racing in second but already half a second away on the average time. LMP1 was unsurprisingly dominated by Toyota as the #7 car led the #8 car while SMP was the fastest not Toyota.

In the night it got really cold and as we woke up the ground was covered in snow not by much but still it was crazy to see snow in Belgium in May. Nevertheless racing still took place on a very cold morning beginning with the only support Race from the Porsche Cup Benelux. After the sadly very long pause between the Cup and WEC was over the Race got under way. As ever the GTE race didn’t let us down with great fights as did the LMP2. LMP1 was a runaway by the Toyota’s.

But what comes next was rain after twenty minutes of dry running and that rain pretty quick turned into snow which brought out the first Safety Car fro the Race and for the reason of snow in WEC history. This procedure had to be repeated three times after because the snow kept on coming back and eventually the Race had to be red flagged.

In the end Dempsey-Proton Competition #77 won in GTE-Am and Aston Martin #97 took the win in GTE-Pro.

LMP2 was won by Dragonspeed #31 and LMP1 Toyota lost number 7 half way but rejoined with 4 laps gap and number 8 won the Race.

What a way to start the year I would say.

Next up was DTM just two weeks later in Zolder. It was a great and sunny weekend with lots of Racing from various Serieses such as W-Series, Old DTM cars and BelCar. It was the first time for us sinsce 2014 that we visited a DTM Race and it was no mistake. Race 1 was one by Philipp Eng while Race two was dominated by the eventual champion Rene Rast. For a track like Zolder the racing was phenomenal with close racing until the very last corners and pit stop tactics. It was nice to be back in Zolder and having those great races.

While we awaited the 24H of Le Mans we already began to prepare ourselves for Zandvoort one month later. First time for us there as I mentioned but we quickly acclimatised.

Again many support Races gave us full days of racing. Zandvoort also produced some good close racing in the GT World Challenge EU as in Race 1 three cars drove like line to battle for the Podium. First Lap clash between two Audi’s saw the #26 car in the barriers and taking out the #19 Lambo while spinning back on the track lukily the #19 car managed to race on. The rest of the field avoided the mess and after the safty car went in racing got back under way. Winning car was the Mercedes #88 with a gap of 8,6 seconds because of the big fight for second.

After rain in the night the track was a bit damp but not so much as rain tires where needed. Again it was a tight race throughout the field just the first placed car could brake away and win the Race by 10 seconds. The #25 Audi was untouchable this day. 5 Minutes from the end #10 Audi was send round by another Audi ending the Race for the number 10 car.

As we left Zandvoort the 24H of Spa-Francorchamps where right around the corner.

Sadly we just were able to visit the next sprint round at the Nürburgring in August. While the real racing was held on track also the ADAC SimRacing Expo was held inside the big building with lots of virtual racing innovations. Meanwhile on the track we witnessed another 2 great races. The first race was held in bright sunshine with lots of overtakes during that Race and a four way fight for second after the top three gambled for position leaving the #563 Lambo driving away and winning and the #63 Lambo then defending from three Audi R8’s. So after the action on track it was time to head inside to see what Simracing is up to. We saw so many great things such as a Porsche Cup Car but as a complete Simulator and a Monocoque of a Forumla Car made up for Simracing.

Back on track the next day we awaited the second Race of the Weekend. Directly at the start of the Race the #11 Audi R8 got tangled up in the middle of two cars sending the #88 Mercedes into a spin in the #333 Ferrari at turn 2. #1 Audi grew a good lead in the first stint before the pit stops over his sister car #2. With a good lead the #1 tackled the second part of the Race but the pace of Ezequiel Pérez Companc was not as fast as from the cars behind. With less than 20 minutes left the #2 Audi was on the tail of the leading Audi and then had to defend from the upcoming Aston Martin. While defending he runs deep into Turn 1 as the #1 Audi wants to turn in the teammates hit each other leaving the Aston in #76 in P1 and winning the first Race for the new Astin Martin Vantage GT3.

The last stop for us last year was ELMS in Spa-Francorchamps. 2018 the Race had to be red flagged due to heavy rain. 2019 it was sunny all two days and the Race was super exiting. I talked to Filipe Albuquerque who started from Pole about last year and he said that it was just undrivable and the real storm was not entirely there so it would have gotten worse.

The race itself saw #77 Proton Porsche on Pole in GTE and #9 Realteam Racing take the honours in LMP3 with United Autosport #22 leading the field in LMP2.

However in the Race the Positions in all classes changed a lot. Bruno Senna crashed the #43 LMP2 RLR M-Sport car in Campus Corner bringing out the Safety Car. MRacing LMP3 entry had a loose wheel which send them spinning in Fanges and the Safety Car had to deploy a second time. The Ligier from Panis Barthez Competition had a huge moment after brake issues hit them. The Car hit the Tires on outside of the right hand corner of Fanges but no severe damage to the back of the Car. Towards the end Positions shuffled in all classes and the last gasp overtake from #37 Cool Racing LMP2 secured them P2 with United Autosport taking back to back victories in Spa-Francorchamps. LMP3 was won by Eurointernational #11 and GTE was dominated by the #51 Luzich Racing Ferrari.

What a great year it has been for our Team with these great Races and Journeys. 2020 will mark major changes in Motorsport with the Rally Dakar changing location from South America to Saudi-Arabia, WEC will introduce the new HyperCars and say goodbye to the LMP1 class after Le Mans this year. Mercedes will run their Evo version of the AMG GT3 as will Ferrari do with the 488 GT3. Also the SRO will introduce a new Category named GT2 aming for Gentleman Drivers.

So lots of things to lookout for in 2020 so stay tuned and enjoy the upcoming Races (Daytona 24H and Bathurst 12H). Have an awesome Year 2020!